Apologies for the horrible Star Wars puns, but such are the times. A more salient headline probably would have been, “Freedom of Speech Outweighs Rosa Parks’ Publicity Rights.”

This case has been broadly covered by the legal blogosphere, but it’s too central to my practice area not to discuss here. I have long been developing a niche in Michigan right of publicity law, and updates to it do not come often–let alone from the Alabama courts. Yet that’s exactly what happened here.

At issue are Rosa Parks’ publicity rights, and Target’s sale of various memorabilia about the civil rights icon. Specifically, Target sold a series of books, a made-for-TV movie, and the decorative plaque pictured here. Parks’ estate sued, claiming a violation of its exclusive right to license the commercial use of Parks’ name and likeness.

The Alabama trial court dismissed the complaint, and, in a unanimous January 4, 2016 decision, a panel of the U.S. Court of Appeals for the 11th Circuit affirmed.

The relatively brief opinion was premised on only one ground: freedom of speech. Specifically, the qualified privilege to speak on matters of public importance that derives from both the First Amendment to the U.S. Constitution (although the court did not reach this ground) and the Michigan Constitution (which it did stress). Indeed, as the court observed and several cases in my own career have verified, this “privilege to report on matters in the public interest is deeply rooted in Michigan jurisprudence.”

Based on this deep and abiding respect for free speech, Michigan courts have frequently rejected attempts to use the right of publicity to squelch expression on matters of public importance. For example, courts interpreting Michigan’s common law right of publicity have found that the newsworthiness exception applies in the following situations:

In light of this well-settled law–unless I’m missing some key facts not evident in the court’s opinion–this complaint was ridiculous to begin with, at least as applied to the books and the movie. It has never been the case that an author has had to pay a historical figure for the privilege of discussing her, whether that discussion takes place in a journalistic or fictionalized format, and whether in print or film. 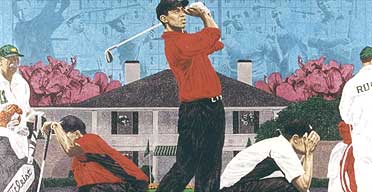 The only colorable claim in the complaint was as to the plaque, and that’s only because its function as “commentary” is not as immediately obvious. Nevertheless, the court had no problem concluding that “the plaque depicts images and mentions dates and statements related to Parks and the Civil Rights Movement, in an effort to convey a message concerning Parks, her courage, and the results of her strength.”And it certainly does that. It also helps that the US Court of Appeals for the 6th Circuit–which hears appeals from Michigan federal courts–has previously upheld a similar defense made by an artist who created this composite painting celebrating Tiger Woods.

That’s not to say that all allegedly artistic uses of a celebrity’s name and likeness are fair game, as Ms. Parks herself proved in a decision by the very same 6th Circuit that penalized the band Outkast for using her name as the title of one of their songs. But this latest decision is an important and–given that the US Supreme Court is currently considering whether to revisit the line between the First Amendment and publicity rights–timely reminder that this state-law tort cannot rightly be used to minimize anyone’s freedom to say what they will on matters of public importance, even if they do so in commentary that they offer for sale.