It’s relatively hard to find lawsuits featuring evidence from LinkedIn.  By contrast, cases in which (often salacious or embarrassing) Facebook or MySpace posts become the key evidence are getting to be a dime a dozen.  That’s just a function of the types of content being shared on these sites.  By and large, you won’t find regretted-the-next-morning party photos or  gang symbols posted on someone’s LinkedIn profile.  The site may be a little more diverse than its early post-your-resume-online days, but LinkedIn still maintains a distinctly more professional character than most other social media sites.

That said, there have been a handful of recent decisions in which evidence from LinkedIn played a key role.  True to form, these are business and employment law cases.  But just like the cases involving other social networks, these cases speak to the growing importance that LinkedIn has in everyday life–including in everyday business. 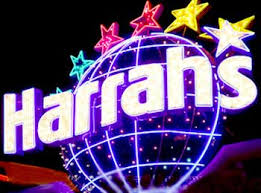 The first two examples are employment discrimination cases out of the U.S. District Court for the Western District of Tennessee.  One of these was decided in December 2010, and the other was just released in June 2011.  In each case, the plaintiff claimed that they were improperly terminated from their casino jobs after Harrah’s purchased the casinos.  And in each case, one of the defenses was that the employees worked for some other company–not Harrah’s.

The defendants made that argument through the testimony of the plaintiff’s supervisors, who testified in court that they were not Harrah’s employees.   But each time, the plaintiff was able to disprove the supervisor’s testimony by introducing into evidence the supervisor’s LinkedIn page, where the supervisor had listed “Harrah’s” as his employer.  Apparently, the first witness was completely stumped by this evidence.  As the court describes it, “when confronted with this inconsistency, Hirsch could not offer an explanation except to state that it was not his LinkedIn page”–a claim that the court found “incredible.” Likewise, the second witness’s “credibility was undermined by inconsistencies in his testimony including his statement that he did not work for [Harrah’s], even though he listed [Harrah’s] as his employer on his LinkedIn profile.”   You’d think that at least the second witness should have seen this coming. But although a LinkedIn profile can undermine a witness’s credibility when it’s inconsistent with that witness’s testimony, a LinkedIn profile alone is not enough to prove a witness’s “expert” qualifications.  That was the holding of a New Jersey Appellate Court in Singh v. Bank of America, decided in May 2011.  There, the plaintiff sued Bank of America for dishonoring two checks he had written.  He claimed that this had cost him untold millions of dollars in missed investment opportunities.

To back up his claims, Singh offered a written report from one Himanshu Maru, Singh’s proposed expert witness on liability and damages issues.  But instead of offering Maru’s curriculum vitae as evidence of his expertise, as is typically required, Singh submitted only Maru’s LinkedIn profile.  The trial judge found this “insufficient evidence of Maru’s background, education and expertise.”  Although the appellate opinion doesn’t go into the judge’s reasoning in detail, it’s likely that, like most LinkedIn profiles, Maru’s included only one- or two-line blurbs about his background, rather than the full range of information typically found in an academic CV.

That said, other courts should not read too much into the outcome of this case.  It certainly doesn’t appear that Singh or Maru went to the lengths necessary to provide the background information that should have been readily available.  (For example, the court also rejected Maru’s report because it contained absolutely no data to support his conclusions.)  The truth is that many LinkedIn users provide quite a bit of information about themselves online, to the point that LinkedIn profiles are becoming substitutes for resumes in many cases.  Courts should not disregard this information out of hand simply because it has been made available in a nontraditional format.  (Indeed, it may not be long before some new technology causes us to think of LinkedIn as the “traditional” method of professional networking, much like social media in general has caused some people to pine for the “good old days” of email.)

The final case I’ll mention is Enhanced Network Solutions Group v. Hypersonic Technologies Corp., decided on June 30, 2011 by the Indiana Court of Appeals.  Here, a company’s job posting on LinkedIn was alleged to be a breach of the parties’ noncompete agreement.  Enhanced, a company that modifies its clients’ software, signed a agreement to subcontract certain work to Hypersonic, a software engineering and creation company.  As part of their agreement, each company agreed to refrain from “soliciting or inducing” an employee of the other company to come work for them.

Some time after signing this agreement, Hypersonic posted a job opening on its LinkedIn site.  (The court’s opinion says the post was “available for viewing by the people who belonged to a certain public group on LinkedIn,” but doesn’t say if it was restricted to that group.)  An employee of Enhanced saw the ad, interviewed for the job, and was hired.

Enhanced probably complained about it, but it was Hypersonic who brought the dispute to court, seeking a declaratory judgment that it had not breached the agreement’s non-compete clause.  And Hypersonic won.  The terms “solicit” and “induce,” the court reasoned, imply some sort of action.  Hypersonic’s LinkedIn post, by contrast, was a passive advertisement directed to the public at large.  It was the employee who took the initiative to contact Hypersonic; Hypersonic did not reach out to “solicit” his application or “induce” him to leave his job.  “Hypersonic merely followed where [the employee] led,” the court wrote.

Again, however, other court should not generalize this holding too broadly. This case turned on the language of the particular contract at issue.  But, as the court noted, the contract could have just as easily included “the prohibition of accepting or considering applications from the other party’s employees,” no matter how they learned about the job.  In that case, the hiring would indeed have been a breach of contract.

These examples underscore the conclusion that “social media law” is not a new field cut entirely out of whole cloth.  Although the technology now in place opens up practical possibilities that didn’t previously exist, the law governing that technology–and the relationships formed using the technology–remains fundamentally the same.  As with any new fact pattern, the biggest challenge courts face in social media cases is to understand the practical consequences of how the technology is used, so they can decide cases by analogy to well-established law.