It has finally happened.  The era of augmented reality litigation has begun.  Just … not the way I had expected.

I’ve spent years thinking–and the past several months blogging–about the legal principles that will govern the use of augmented reality technology.  The AR industry promises to change the way we view our world and interact with data–changes so subtle yet profound that the technology will alter our behavior every bit as much as the internet and cell phones have.  As AR technologies get more sophisticated, diverse, and widely adopted, we have to expect that they’ll bring equally radical and innovative applications of legal principles.  Only through the process of litigation, legislation, and negotiation will we as a society form the rules that govern the technology’s use.

What lawyer wouldn’t be excited about that? 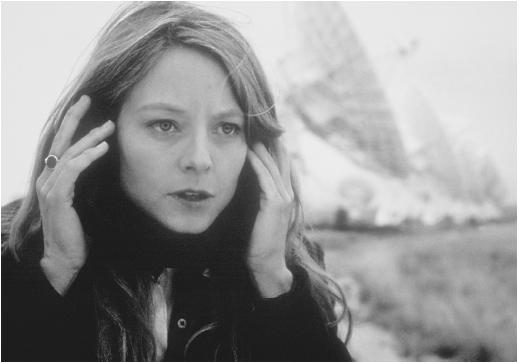 For a long time, I’ve had an automatic search running, poised to alert me to the first judicial decision dealing with augmented reality.  Like the SETI radio telescope array in Contact, it operated in silence for a long time.  Meanwhile, my Augmented Legality blogs have been largely speculative, predicting how the legal system might handle future AR scenarios.

Then, on a brisk afternoon just a few days ago, I got a hit.

There it was, in my inbox.  The very first opinion from any court anywhere in the United States using the phrase “augmented reality.”  A little shiver went up my spine.  “It has begun,” I thought.  “The future is here.”  I clicked to open the search results, and . . . .

It was rubbish.  An order automatically dismissing a wacky complaint that reads as if it was written by a schizophrenic in a tinfoil hat.

Literally. The handwritten complaint and motion for restraining order filed by one Marcus Maley against the jail and sheriff of Wyandotte County, Kansas alleges, among other things, that Maley is “continually engulfed in ELF 74 hz.”; that he’d had an “electronic weapon” implanted in his pituitary gland and been subjected to medical experimentation by the CIA’s “ARTICHOKE” program; and that the authorities had tortured and attempted to murder him.

Oh, and also that he’d been subjected to the “illegal use of augmented reality.”

That’s it.  Not even any creative imaginings of how AR might be used by secret government agents or corrections officers.  Just that solitary, throwaway reference.  However AR was supposedly used in this case, though, it must have been quite severe; Maley alleged that he was owed $100 million and “a restraining order against all law enforcement, city, state, and federal . . . in the United States, of the United States, anywhere in the world due to the nature of this case and . . . the possible use of ‘augmented reality.‘”  A quick check of the court’s PACER filing system suggests that this is not the first lawsuit that Maley has filed, either.  The court quickly and on its own initiative entered an order queuing the case up for dismissal.

So what will this decision do to help shape on the development of AR case law?  Not a darned thing.  But one day, years from now, when treatises on the subject of AR Law are written and taught from, one of them might contain a footnote with this interesting piece of trivia: that the very first judicial decision making any reference to augmented reality was issued on September 12, 2011 by Judge Sam A. Crow of the U.S. District Court for the District of Kansas, in a case called Maley v. Wyandotte County.