Soon, technologies that augment our sense of touch may lead to a rush of trademark applications seeking to protect a wide variety of artificial textures.

The Dawn of Haptic AR?

A few days back, the @Augmentology Twitter account pointed out the website of an interesting Helsinki-based company called Senseg. Senseg advertises its “E-Sense” technology as “a wholly new way of creating a sophisticated sensation of touch.” Specifically, it “makes use of an electro-sensory phenomenon that replicates the feeling of touch. As very tiny electrical charges pass into the tixel elements, the individual tixels generate a controlled electric field which extends several millimeters above the surface.”

“The resulting effect,” according to the website,  is “a delicate, dynamic feedback that creates a range of sensations from vibration patterns and clicks to textures which run from rough to smooth and from sticky to slippery.”  The “tixels” are 99% transparent, Senseg says, and can be applied to “virtually any surface,” from clothing fabric to glass.

Senseg’s ideas are fascinating, but they are certainly not the only players in the haptic (i.e., “of or relating to the sense of touch”) market.  I have previously defined “augmented reality” (AR) as “technology that gives us more to see, smell, touch, taste, or hear in the physical world than we would otherwise get through our non-augmented faculties.”  I’ve also observed (and other Quora readers agree) that AR technology will never be fully realized until users can reach out and touch virtual objects with haptic gloves.  Therefore, I view haptic technology like this as a vital component of the AR industry.

One way this technology seems likely to (literally) get into the hands of consumers is, as Senseg’s website suggests, through retailers using haptic technology to further enhance the “feel” of their products.  When that begins to happen, I believe we’ll witness a resurgence of interest in haptic trademarks.   (Others have called these “tactile,” “texture,” or even “touch” marks, but I prefer the more definitionally sound and technologically consistent term “haptic.”) 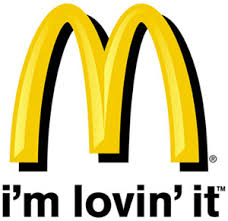 A Primer on Haptic Trademarks

The law of trademarks and unfair competition aims to reduce the likelihood of confusion in the marketplace as to the source of particular goods.  It does this by granting a seller of goods and services the right to use indicators of source to identify his wares, and to stop others from using indicators of source that are confusingly similar to his.  An “indicator of source” is usually a logo, brand name, or slogan (e.g., the Golden Arches, the word “McDonald’s,” or “I’m Lovin’ It”).  But the law doesn’t artificially limit retailers’ creativity in coming up with things that can indicate source.  Therefore, we also have registered marks based on sound (e.g., the lion’s roar at the beginning of MGM films, or the tones at the end of an Intel commercial) and trade dress (i.e., the particular manner in which a product is packaged or a store is decorated).

The primary requirement for any of these things to serve as a trademark is that it be “distinctive“–in other words, that it can stand out as being associated with one, and only one, source of goods or services.  The opposite of “distinctive” in this context is “generic,” i.e., typical of a wide range of products.  That’s why McDonald’s can trademark the phrase “Big Mac,” but not the word “hamburger.”  A mark can either be “inherently distinctive,” as in such invented words as “Kodak,” or it can be distinctive by having developed “secondary meaning“–i.e., that the mark has come to be associated with its source over time.

Less-conventional marks are often difficult to protect because they incorporate features that perform a function rather than advertise the source of the product.  Functional aspects of a good cannot receive trademark protection.

Of the less-conventional trademarks, haptic marks are perhaps the least common.  Those commentators who have broached the subject in recent years have only identified a handful of such federally registered marks.  They include a registration by American Wholesale Wine & Spirits for “a velvet textured covering on the surface of a bottle of wine“–specifically, its Khvanchkara brand of wine.  In the course of convincing the U.S. Patent and Trademark Office to register this mark, American Wholesale distinguished its “velvety covering” from that of the more iconic Crown Royal bag by noting that Khvanchkara is “tightly encased within the fabric,” and that the “FEEL of a LIMP bag is quite different from the FEEL of a TURGID velvety surface attached to a wine bottle.”  Similarly, Touchdown Marketing has registered a trademark in the “pebble-grain texture” and “soft-touch feel” of its basketball-shaped cologne dispenser, and Fresh, Inc. has registered the “cotton-textured paper” that wraps its soap products.

Conceptually, a distinctive touch ought to be just as protectable by trademark law as any other unique indicator of source.  Indeed, in 2006, the International Trademark Association (INTA) adopted “a resolution supporting the recognition and registration of ‘touch’ marks.” (pp.10-11)  In practice, however, it is very difficult to separate the way something feels with the function that texture performs–and to come up with a texture that is truly “distinctive” of one product as opposed to other brands within the same category of products.

Breaking the Connection Between Feel and Function

That is where haptic AR technologies like the one proposed by Senseg and other companies comes in.  The ability to coat the surface of any product with a transparent layer of “tixels” capable of mimicking any arbitrary texture the manufacturer chooses would finally break the connection between a product’s feel and the function it performs. Consider, for example, a book cover that feels wet, or a plastic squirt gun that feels metallic.  There is no necessary correlation between what these products are, or what they do, and the way they feel.  There should, therefore, be no conceptual barrier to those manufacturers seeking trademark protection in those textures.

Of course, not every artificial texture will automatically be eligible for trademark protection.  Many haptic enhancements may still be chosen for functional reasons.  The maker of an automotive steering wheel or a baseball, for example, might choose to make their products artificially sticky to enhance performance.  A cell phone might be designed to get warmer in one’s pocket as it rings, in order to catch the user’s attention.  And it could be that certain haptic enhancements still do not rise to the level of being sufficiently distinctive of a particular source to serve as a trademark.

Still, by promising the ability to manipulate the sensation of touch independent from other aspects of a product, haptic AR technologies open up a new and exciting world of trademark possibilities.  Consumers may soon reach out and touch … whatever retailers want them to.